Pedro Gurolla-Perez, head of research at World Federation of Exchanges, discussed the unabated rise of financial markets at the peak of COVID-19 crisis while reflecting cautiously on the real use cases of cryptocurrencies and blockchain.

The following key points were discussed:

The following is the edited transcript of the interview:

Emmanuel Daniel (ED): The global economy was drastically affected by the global pandemic that happened last year. Many countries are still finding their footing. And the economies of many different countries are in different stages of holding it together and trying to work its way out in the aftermath of the pandemic. But something happened that none of us really expected, and to a very large extent, was the rise and the holding off together of public markets. One institution that collects data from exchanges around the world and gives us a comprehensive view of what's happening in the public markets is the World Federation of Exchanges (WFE).
Is the rise of public markets a truly global phenomenon or are there some markets that are just experiencing a renaissance during this pandemic?

Pedro Gurrola-Perez (PGP): If we see the market capitalisation, we see that all the regions registered an increase compared to 2019. It is a different level of increase, but all of them ended the year with positive numbers compared to 2019.
However, what is interesting is that the markets very quickly regained confidence and rebounded to the levels that were pre-pandemic. This shows us two things. One is that there was some diminishing in uncertainty as people understood better what the impact of the pandemic was and what were their perspectives for the rest of the year. But it's also an indication of how the exchanges and the market infrastructure in general proved to be resilient and maintained the confidence of investors, and of all the stakeholders.

ED: Initial public offerings (IPOs) have reemerged as an exit for private capital, but even there it seemed to be selective. Are some markets showing certain characteristics that are unique to itself or different from other markets?

PGP: In general, one of the things that we should be thinking about is: what are the needs of the different stakeholders in terms of accessing markets? So clearly, IPOs play a role. There's a good reason for the listing processes and the way these are structured. But it's something that we may want to think about; whether there are other ways in which exchanges could bring other type of firms, which may not be necessarily suitable or mature enough to go through an IPO process. But these may require a different type of funding structure. And exchanges have been thinking about this very intensively because their role is – in transferring funds through the economy – relevant, and there's a large pool of firms that may not be, for different reasons, suitable for an IPO process or listing process, but that may still benefit from access to markets in a different way. This is something that different initiatives have been taking account of – from exchanges – to try to widen up or to provide service to a wider set of firms. In this sense, what I take from the current increasing special purpose acquisition companies (SPACs) is that this is a symptom of the need of finding structures that could fit different profile firms. It's not an easy thing because there are also the questions about investor protection. That's a very important thing to take into account.

Emergence of a new asset class

ED: Bitcoin has now surpassed its highest before, a trillion dollars. If there was ever a competitor to formal exchanges, it would be cryptocurrency. What is your sense of what's going on? Why is it that cryptocurrencies seem to have engendered as much interest as the formal exchanges?

PGP: I don't think that cryptocurrencies are in competition with exchanges. Exchanges perform a different role and they are in a different space, both in terms of function and in terms of the role they play in the economy. Cryptocurrencies are a new asset class.
Even with the recent surge in the value of bitcoin, it is too volatile for many investment purposes. It will still need time to really assess the final role that cryptocurrencies will play in the economy, if at all. There are interesting and important implications for the way that monetary policy could be conducted, if there is a strong digital currency which is used extensively in the economy. There are implications in other aspects.

The future of DLTs in exchanges

ED: Your organisation was looking into distributed ledger technology (DLT). How is that going? Will that be the kind of future of the formal exchange, which is, you don't actually have an exchange because everyone is connected to each other, or you don't have a settlement process or your settlement process is a lot more efficient? Because everyone is connected to each other on the security, using distributed ledger technology. Is that a possibility? Has that been tried and what are its weaknesses?

PGP: We shouldn't forget that we are operating in exchanges, settlement systems, and CSDs (central securities depositories). These are the cornerstones of the financial system because they are trusted and need to be trusted. That's why these are heavily regulated, because they perform a critical function. When you think about DLT and decentralised ownership, from a purely technical perspective, you may think, well it may work. Why not? If there's a trade, all the nodes validate the trade, there's no centralised entity to administer and decide which trades are good ones or not, but it's validated by consensus.
We've seen different attempts, different ways of circumventing different problems. And we're still facing a situation in which the core problems are not solved. And one of these is the fact that market infrastructures are trusted entities. It's not easy to decentralise the trust. In the case of depositories, these are the notaries of the system. We trust these because we know that the ownership of the shares is well kept by them and there won't be any confusion or any loss of information. And that's why they are heavily regulated. We have seen that, in many cases, blockchain and DLT are not necessarily offering the same type of confidence in the way they operate.
We have seen in reality that many of those efforts that were directed to replace some infrastructures by DLT, or by blockchain technologies, have been struggling with many of these issues for a long time. But we're still far away from understanding the role that these technologies could play in the real world, where we have the need of trusted and heavily regulated entities because we need to protect investors and we need to have the trust of the stakeholders. 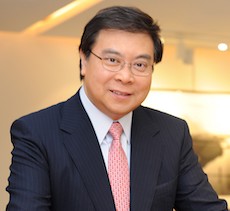 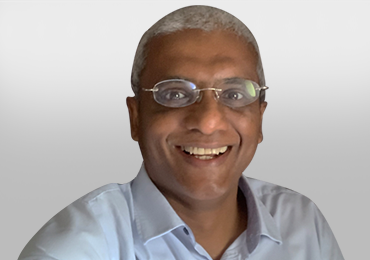 The COVID-19 Series is a collection of radio sessions that will be broadcast live on social media platforms to about 30,000 listeners in the financial services sector to survey the impact of the pandemic across the globe, potential aftershocks businesses may face and possible line of action in the days ahead. Crypto experts and decentralised finance (DeFi) practitioners shared their perspectives on how crypto banks and integrated DeFi services will impact traditional finance and shape the future of the industry. 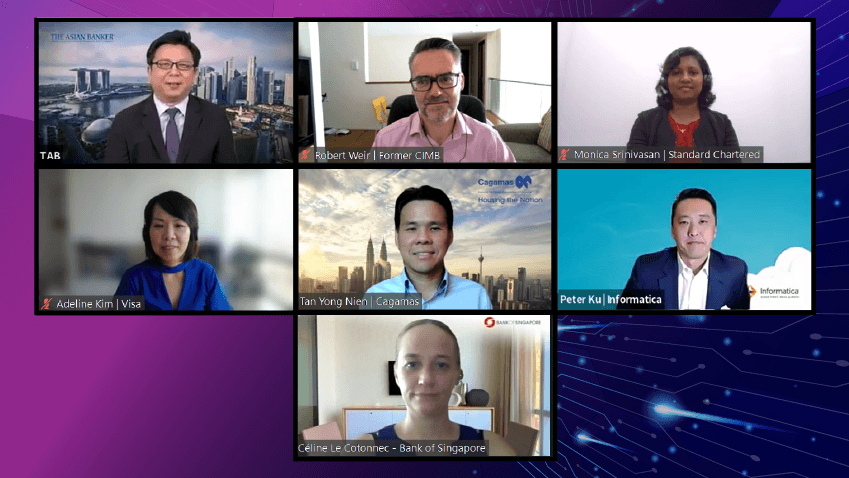 In this RadioFinance session, data management experts talked about the significance of data as a business asset and leveraging it in financial organisations. 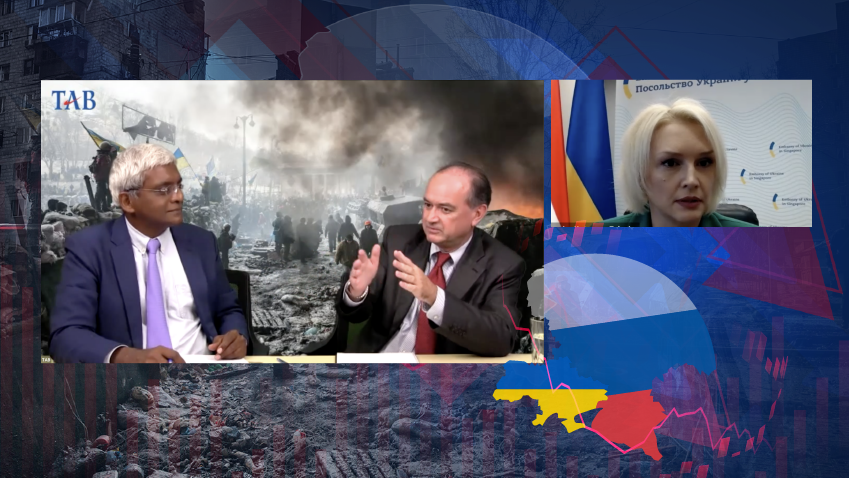 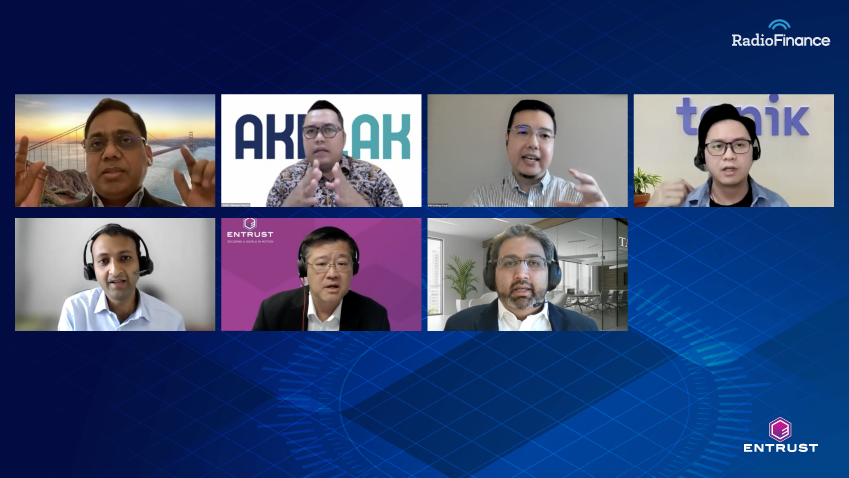 Heads of digital banking, cards and lending from leading financial institutions and technology companies in Asia Pacific discussed the evolution of cards as alternative types of digital payments become prevalent in 2022.